Skip to main content
on December 16, 2008
Now that is just a crying shame. Sales figures announced show LittleBigPlanet had only 360,000 or so copies sold in Oct/Nov and the amazing/beautiful/fun title Valkyria Chrnicles only sold a heartbreaking 33,000 units.

LittleBigPlanet suffered from it's hype, it is a niche title at heart that was plagued with delays, controversy and mishandled moderation of levels. People who have it, love to play it, people who don't have it are sick of hearing about it. Valkyria Chronicles though...it is a disservice to a great game. More people need to get this and spread the word. 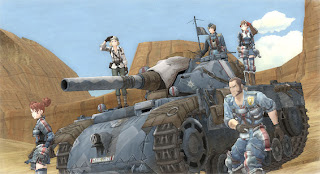