Skip to main content
on July 23, 2009
I have mentioned before that I am weak, further proof is in my recent purchases. I ordered BlazBlue online (then found it a week later at retail...sigh) and still have not received it. I decided, with input from friends, that I would get the Mad Catz SFIV Fight Pad for the Xbox 360. Ended up getting the Blanka version 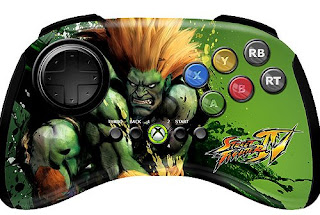 Couple of concerns, it is wired, which apparently satisfies tournament rules, but still...wired?? Also the only Xbox 360 fighting game I have is DC Universe versus Mortal Kombat, and of course the Fight Pad, for some reason, controls the game perfectly but cannot execute special abilities. This is a known problem that makes no sense!

Of course I mentioned I am weak, EB Games is doing a door crasher a day at their store, yesterday it was Call of Duty: World at War Collectors edition, priced so cheap at 39 bucks I had to get it. Sigh...Great game though! 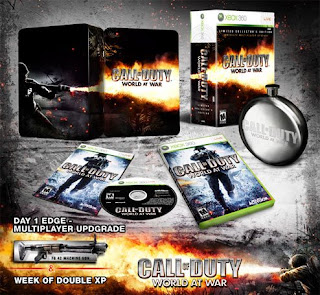