Aside from the characters being a little bulky (it is the Unreal Engine, so bulky is all they can do) I felt they got the tone and feeling of the characters down perfectly. The tone is darker so there is almost an industrial style makeover on all the main characters and villains but it just works thanks to the darker themed story. 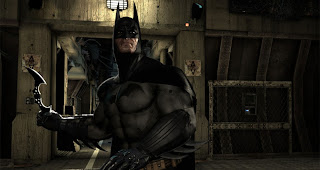 To add gravy to the fine chicken that is Batman: Arkham Asylum all the main voice actors from the Batman Animated shows return for this game, that means we have Mark Hamill as the Joker and Kevin Conroy as The Batman as well as big names such as Arleen Sorkin, Richard Moll and Ron Pearlman as main villains.

The game has a solid action mechanic, an engaging cat and mouse style stealth element and puzzle aspects in the form of detective work to track down clues or paths through the asylum. Graphically and audibly the game is terrific and I pre-ordered it right after playing the demo.

By pre-ordering I received a special costume, play as the joker challenge rooms and I just discovered there is a private Playstation Home Space...a batcave you can live in!! Damn, this may make me re-log into Home again! 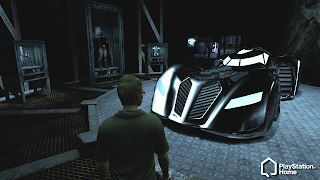