Skip to main content
on August 04, 2009
Worst.Ad.Ever!! Well probably not, but what is Sony thinking? here is the image, then we will dissect: 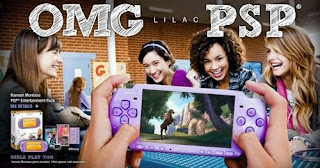 What would I have done?

X said…
Hey, you know what girls like? Lilac. And ponies.

This is like that Nintendo magazine telling girls that the DS can teach them to cook and let them play with virtual babies.