-A closer look at Tony and his life, he is an interesting character and it was nice to see that further explored.
-The briefcase suit, perhaps one of the coolest scenes in a superhero movie ever.
-The tech used, it was fantastical and yet seemed feasible for a genius like Tony.
-Tony Stark, Robert Downey Jr. nails this character, he is Tony and he is Iron Man, it is a perfect casting and acting role
-The suits, by and large they are amazing and represented the genre perfectly. Tony's looked sleek and unique, Hammer's looked like cheap knockoffs
-Whiplash, I have to say I really liked these villain, not nearly enough motivation behind his actions or enough buildup to his staggering intellect but he was well handled by Mickey Rourke.
-Nick Fury, I know it was cheeseball, but Sam Jackson did his homework, for the most part, he had the Ultimate universes of Fury's confidence, but not his dangerous edge. I hope he gets to show that in later projects.
-The action sequences, mostly great, the Rhodey/Stark fight was weak, but the rest were great.
-Hammer, Rockwell is a great actor and he nailed the character...I have to wonder if it was his idea to give Hammer a blatantly fake tan... 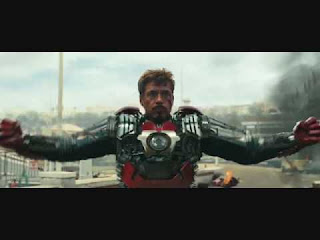 -The pacing...Gad, there were some sequences that severely dragged, while it was nice to see more character it could have been handled more deftly with better writing and or motivations.
-Whiplash showing his face at the end...really? Why anyone thought the villain would drop his helmet in the final battle? To see Rourkes face? Not necessary and blatantly stupid. Plus while I like the character overall his sheer perfection and skill was odd without any preamble...where was he the rest of his life?
-The drunken in armour scene. That was as painful as the dancing scene in Fantastic Four 2...should never have been in this film.
-The habit of having the helmet half-open, it looks bad, is unnecessary and never makes sense as other scenes have the helmet off.
-Rhodes, I hate putting him here, but for the most part the character is badly handled, not by Cheadle, but by the writing and scenarios. He was better represented in the first film and made slightly ridiculous in this one.
-Black Widow, Scarlet tried to hard, the fight scenes were a little contrived and her civvie clothes were poorly chosen. She looked amazing, no doubt, but did not work in the role.
-Costume choices, the men all look great and comfortable, the women all have dresses 2 sizes small. Scarlet had no chest in many scenes, who was the costume designer? The producer?
-Dragged too long, while the final battle was great, the constant back and forth chases took too long to payoff. 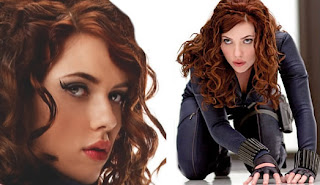