Skip to main content
on May 31, 2010
Seriously, how fucking stupid are marketing people? Well that is probably a silly question. I am already sick of ads of people playing games where it is obvious that:

A) They have never played a game before in their life
B) The system isn't on or there reactions are inappropriate to the type of game. 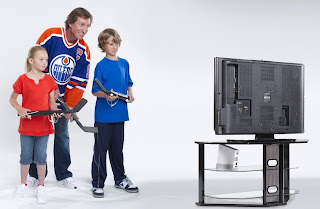 They deliberately put the back of the TV and Wii to the viewer and didn't run any cables from the TV or even connect the Wii to the television. Plus there isn't even a WiiMotion sensor. Really idiotic marketing people? You are that lazy and stupid? Hey Wayne and kids enjoy the game with no action or even a signal to the TV.