Skip to main content
on September 24, 2010
Just look through my posts and you will see how much I love my PS3, I am a Sony fanboy, I love the machine, love the games and love the controller, but hate the UI/Infrastructure most days.

The Sony Infrastructure feels much like a hodge podge, things like Trophies were added later and feel like it. When you want to load them or compare someone else they take forever to display. Achievements on the other hand on the X360 take very little time to pop up.

The big issue, though, is how badly downloads are handled on the PS3, from firmware updates to games, to streaming:

Firmware updates - Unless you are a PlayStation Plus member you have to initiate the download manually and oftentimes you don't know there is one until you try to play a game, then it forces you to do the update whether you want it or not. last night I received a Dead Space 2 Beta invite, in order to get it I need to sign into PSN, once I do it forces a firmware update, this one is for 3D Blu-ray support, which I cannot use, nor want! Oy, the update is huge (of course), the download is slow (despite my 10Mb connection) and takes a good 30 minutes.

These updates are bloated, happen way to often and are not distributed intelligently at all. Take a hint from Kojima Sony, add a torrent option for them so all the users who already have the update can distribute and share the load. make them happen automatically overnight, make them optional unless they are security fixes as well.

Game Downloads - There is a ton of content on the PSN now, the issue is how you get it. On the Xbox you choose the download, it comes down faster then lightning and as soon as it is downloaded you can play. On the PS3 you need to download (which is slow (of course) and then install the game separately. Completely stupid and a huge waste of time.
Something is wrong with wireless on PS3 - Streaming on the PS3 via the new Netflix is super easy to start but it stutters over wireless. My Laptop however streams in HD perfectly over wireless with never any issues. I am not sure if it is the PS3 adapter, the software or how it transfers the data, but so far I am disapointed with Netflix on the PS3, good thing I have HDMI out on my laptop.

Sony has made a great business and network out of copying the successes of Xbox Live and keeping some of their weaknesses away. They need to now go the extra mile and fix these last few things and then we will all finally have nothing to complain about...oh and add cross game chat of course. 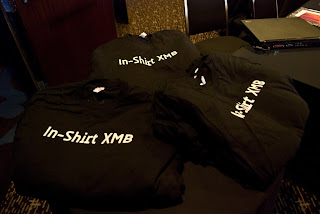