Skip to main content
on January 14, 2011
So there is a new Spider-Man movie coming out and it is a reboot of the franchise. I don't even want to talk about that. I understand the need to start fresh with Sam Raimi and Tobey Maguire out of the picture, but I have to discuss the sheer awfulness that is this reveal of the new costume: 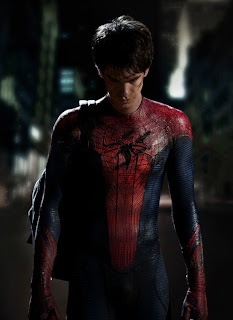 Let's dissect shall we?

-First what is with the look of the actor? Did we not learn that an Emo Spider-man/Peter Parker is bad? The kid (and no offense to him) looks like he stepped out of Team Jacob's camp after Twilight stopped filming
-The suit is all wrong starting with the logo, what is that squiggle on his chest?
-Without a belt it looks just wrong, there is no flow from the top of th suit to the bottom.
-The material makes it look like those Fantastic Four outfits, it is all wrong and looks cheap and not what you would expect from Spider-Man
-No webbing design on the suit at all? Even the top portion looks wrong.

I can't state enough how much I hate the design. Look through every iteration of Spider-Man and this costume just doesn't jive. The original movies were a little different simply because the skintight cloth idea would not work, but it always LOOKED like Spider-Man, this looks like a knock off, a B-movie alternative and gives me little hope. 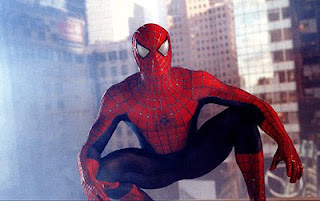