What you see above this text is the first 'official' picture of the X-Men: First Class cast in costume. Left to right, we see: Michael Fassbender as Magneto, Rose Byrne as Moira MacTaggert, January Jones as Emma Frost, Jason Flemyng as Azazel, Nicholas Hoult as Beast, Lucas Till as Havoc, Zoe Kravitz as Angel Salvadore, Jennifer Lawrence as Mystique, and James McAvoy as Charles Xavier.

I have major fucking issues with what I see in this image. I understand that making a comic book movie property involves many groups who know nothing about comics but this is fucking ridiculous. Not everything is wrong, but what is spits in the face of the parts they did get right:

From Left to Right -
-Alright, this is set in the 60's which would place Magneto in his young 30's, Fassbender fits this bill and I like his look.
-Moira is an old love interest of Charles Xavier, so she looks just fine as well. She is appropriate to the stryline as well because she has always worked towards mutant rights.
-God help me I love January Jones (super sexy) but the Hellfire club is not appropriate to the timeline and she is not right for the cold as ice Emma Frost. Plus she would be a toddler at the time Xavier and Magneto were starting out.
-Azazel? Azazel? What was he in, like one X-men comic? Who the hell picked this guy as a viable mutant in this movie and era? So many better choices. 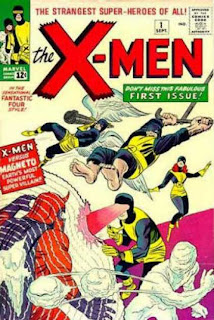 -Beast and Havoc, dear God why? Havoc is Cyclops brother and WAS NEVER PART OF THE ORIGINAL X-Men. He came about years later as a hero. Beast at least was part of the original X-men BUT this story is based in the 60's when Xavier and Magneto were young, Beast would not have been here.
-Angel Salvadore??? I had to look her up because she is more of a nobody then Azazel is. There are perhaps 30 active, viable and recognizable X-men over the years and they choose her? Why not Jubilee if they are this stupid?
-Sigh Mystique? Really? At least she could be older then she appears and this could work. But the real Mystique was always a later generation character introduced as Rogue adoptive mother (really). She could fit but is suspect.
-I like James McAvoy, as long as he can hide his accent I think he could make a great Xavier, plus Xavier is younger then Magneto so his age works.

This simple poster shows exactly what is wrong with the handling of the X-men franchise. The issues started in X-men 2 with Legion being Strykers son and got worse and worse till the disaster that was X-men Origins: Wolverine. The studio needs to step out and people who know the X-men as they are and have been need to guide the ship or at least have a director that will not bow or doesn't need to bow to studio pressure.

In other news this woman is playing Catwoman in the Dark Knight Rises, what a disaster... 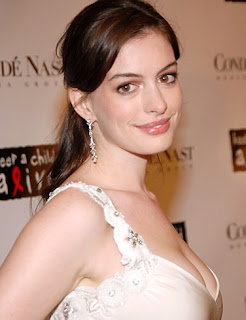