Skip to main content
on September 22, 2011
In a move that is being called a coincidence, but is totally not a coincidence Marvel is rebooting their Ultimate Universe at around the same time DC is rebooting their entire line of comics. Of course there are some changeups in the world, but the most stupid, lazy and just plain moronic change is that there is a new Ultimate Wolverine. It is Wolverine’s son, he has the same powers but he also has organic metal on his claws and skeleton. 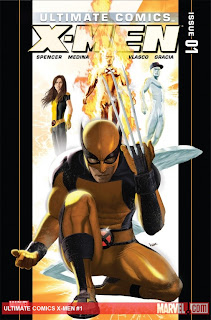 This is one of the stupidest moves I have ever seen in a comic book. period. But Michael, you ask, what about the new Spider-Man, he is now a half hispanic/half black kid that has nothing to do with Peter Parker? Yes that is stupid, yes that makes no sense canon wise, but at least I understand why they did it. It is a pathetically obvious ploy to garner media attention by doing something so ‘outrageous’ as to have an ethnic Spider-man. But Marvel, if you want to have a strong ethnic character why not actually pay homage to the dozens you already have? Make Luke Cage a game changing character, or Cloak, or Forge, or Deathlok (love Deathlok), or Bishop, or any of the others you could choose from. 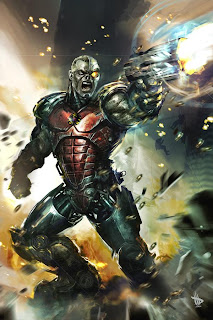 No my nerd rage over the new Spider-Man is different, it is a rage against the stupidity of suits in a company who think up stuff like this simply to garner press. My nerd rage over the new Ultimate Wolverine is due to the fact that the move is pointless and simply lazy. There is no need for a new Wolverine, no one would step into that characters shoes, nor does the world need it. 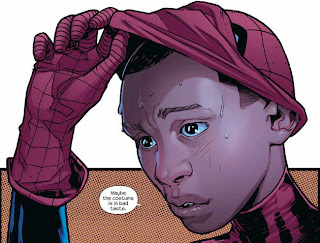 In the case of other fallen heroes there is a need for a replacement. When Superman died four replacements stepped up to fill his red boots. Superman is an icon, a symbol and a beacon of hope for the world. There was a void when he disappeared that had to be filled. Captain America is much the same. When he quit being Captain America due to differences in policy they needed a replacement because he is a symbol to America and one that is needed for the people. When his replacement did not do the uniform justice they made a deal and Steve Rogers came back. When he died much the same happened, Bucky/Winter Soldier had to step in, the world NEEDS Captain America. 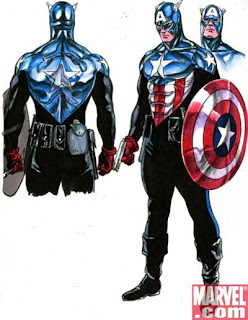 In a same but different way when Batman had his back broken (and when he died) a new Batman needed to take his place. First Azrael took his place during Knightfall and then Dick Grayson when he died. He is not as much a symbol of hope, but a symbol of justice in a place that has none. Gotham city needs Batman and the world needs his realistic approach to crimefighting. There is grey in the world and the Batman recognizes that. 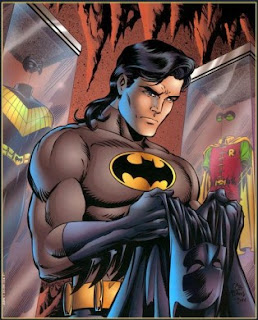 In the case of the Ultimate Wolverine, I am sure he will be back as there is still an arm left from him (and he can regenerate every part of himself) when he was vaporized (long story). But in the meantime we have his son Jimmy Hudson who has Wolverine’s powers of regeneration, has claws but also organic metal that coats then and his bones. makes me think that perhaps Colossus joined in and donated his sperm to this weird kid? Frankly this is just plain infuriating. Wolverine is not an icon, he is not a hero, he tried to kill cyclops for a girl, he betrayed his friends numerous times and is a dick. The world does not need a Wolverine like it needs a Captain America or Superman. This new Wolverine serves no purpose and him assuming his fathers mantle is a lazy and amateurish move by Marvel. 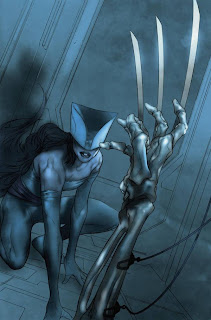 This new ‘Wolverine’ dons his father’s identity, but for what reason? There is no unfinished legacy, there is no iconic purpose, in fact it serves to hinder him. Much like the new Batman’s and Captain Americas people will wonder why he is different. But unlike those replacements of fallen icons he has really no reason for doing it. He doesn’t have Wolverine’s history, his anger, his long years of wisdom. He is just a kid with imitation powers and he is there for no reason, plus he looks like a neutered wolverine (see picture at top again). Please Marvel, kill off this kid, have the real Wolverine regenerate and return quickly and never, ever do this again.

Unknown said…
I'll say this only once.
BATMAN DOES NOT HAVE A MULLET!! wtf doods
4:12 PM