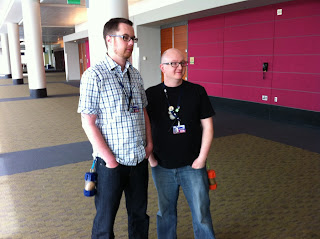 Unlike a certain author from a major publication, I attend PAX East to experience the culture and games, not to view it as a sociological experiment. The culture, games, and the people are what PAX is all about, these are not people to look at in a mocking or degrading fashion, instead these are people who fuel an industry that is now larger than the movie business. PAX East is very much the people's gaming convention and the experience is one that is full of amazing moments that far outweigh the few tedious ones.

Before I begin, a description of PAX is necessary, but instead of paraphrasing or making up my own, it just makes sense to give the official line:

"PAX is a three-day game festival for tabletop, videogame, and PC gamers. We call it a festival because in addition to dedicated tournaments and freeplay areas we've got nerdcore concerts, panel discussions, the weekend-long Omegathon event, and an exhibitor hall filled with booths displaying the latest from top game publishers and developers. Even with all this amazing content the best part of PAX is hanging out with other people who know their shit when it comes to games." 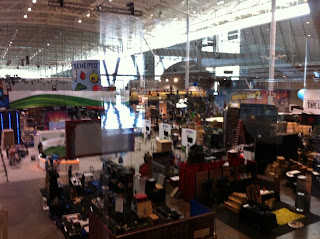 Going to PAX East isn't something you just decide to do, well unless you live in Boston of course. Being from Ottawa, Canada I have to pre-plan a great deal every year for the event. Thanks to Blogcritics I can apply for a Media pass, but I am not guaranteed one. The application involves sending story samples, getting a letter from your editor and your personal credentials (business card, ID, etc). Once the application is sent you just pray it is accepted because three day passes sold out by January 9th, a full four months before the event!

Travel and hotels are stressful enough, but the real challenge of PAX east preparation is the schedule. Not only are there dozens of very interesting panels everyday, there are literally hundreds of games of the digital and tabletop variety to check out. Attending as media, I also have the opportunity to have meetings with various companies that range from quick demos to extended play sessions and interviews. 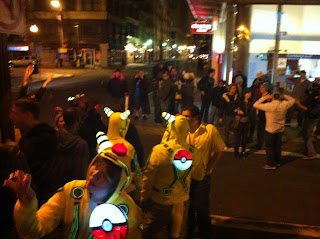 Pouring over the schedule and e-mails from media contacts, I ended up with a schedule that is nearly impossible for a human to complete. From start to finish, the first two nights I have something slotted for nearly every hour (including events before the show even starts on the Friday). Sunday is a shorter day (till 6PM), but every hour is occupied there as well. At times there are two - three panels at the same time worth attending and a tough choice has to be made. The breadth of content is amazing and these decisions are great ones to be forced to make.

Flight and Hotel dealt with far in advance, day job vacation booked and kids re-arranged during my absence I am ready to head to Boston. The last preparation is figuring out subway travel and confirming the last appointments which change the entire schedule around.

I highly recommend that any out of towners who attend PAX East try and come early and leave late. Because we arrived a couple of nights early, were able to attend the highly enjoyable PokeCrawl, a charity based pub crawl with a Pokémon theme, perfect for PAX East. It was the night before PAX started and while that may not have been the smartest of choices the next day, it was very fun at the time. 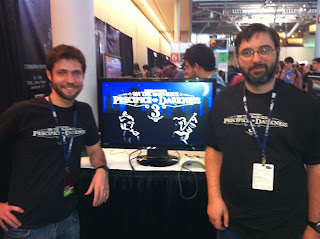 If anyone has been to a world class convention before you know what to expect. Hordes of people, a cacophony of sights and sounds and more ways then is right to spend all your money and then some. The event is in the Boston Convention and Exhibition centre and it is a huge sprawling beast of a facility that is completely overtaken by the spectacle that is PAX East.

It is usually  hard to decide what to do first when you arrive at PAX East, for me this year it was a little easier. We had picked up our badges the day before (which saves hours) and media has access to an hour in the exhibit hall before the doors open. An hour may seem like a lot, but with 10s of thousands of square feet of space and hundreds of exhibitors, the time is precious. We ended up seeing Aliens: Colonial Marines, The Behemoth booth and took a walk through the Microsoft booth.

Once the hour was up, we had to hustle up to the main theatre for the keynote by the legendary Jordan Mechner. This is where the dice rolling at PAX East begins. With so many people (70-80,000 people walk through the doors over the three days) getting into key panels are a combination of luck and the perseverance to line-up for hours in advance. Media access means nothing in regards to the panels, you either get in or not, media rows are not reserved at the conference for panels, no matter how prominent you are. 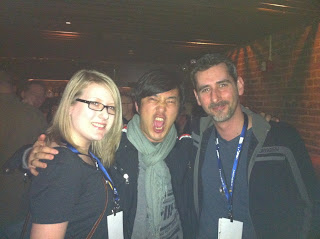 We were able to get into Jordan Mechner's excellent keynote and this kicked of an incredibly busy day that involved some but not all the panels I wanted to hit. We were able to attend the first Penny Arcade Q&A as well as a gaming and Mental Health panel. But the huge line-ups prevented us from seeing panels by Bioware and Naughty Dog for their landmark games. Foiled but not demoralized, we filled our time by hitting the tabletop section of the exhibit hall, checking out the Nintendo and Ubisoft booth and falling exhaustively onto Sumo beanbags in the handheld lounge.

The day ended with a late appointment at the Warner Brothers booth where we checked out the crazy and fun Lollipop Chainsaw and the Xbox 360 version of the Witcher 2. I was also lucky enough to have a chat with Suda 51 about Lollipop Chainsaw, it was a real treat meeting him as he is dynamic and passionate individual.

The rest of the three day event followed a very similar pattern. I tried (and was sporadically successfully) in attending a number of panels looking at varied topics like Hitman: Absolution; Penny Arcade: Make a Strip; Dragonlance; and Real RPGs: Sexuality, religion, and race in design and play. I also had the pleasure of meeting with a number of developers looking at games such as Sleeping Dogs, Quantum Conundrum, Penny Arcade's On the Rain-Slick Precipice of Darkness 3, Max Payne 3, and Borderlands 2 among others. All of the games made a great impression and when the lights came up at the end of the Omegathon I was surprised that PAX East was over. 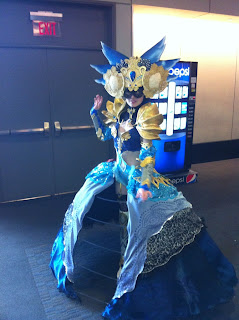 PAX East is something that needs to be experienced if you have any interest in the video game or table top world or just the culture itself. The moment you step into the convention centre you are, as Wil Wheaton said in the inaugural show, Home.

Outside of the games and the panels and rock concerts, the real meat of PAX is the people. Everywhere you walk there is a huge array of personalities and cultures and they are all there for the same reason. I never saw fights; I never saw blatantly rude behaviour; instead I saw people meeting, talking, playing, laughing, and just enjoying their passion whether it be Magic: The Gathering, Pokemon or the latest Call of Duty.

One of the perfect examples of what the experience of PAX is like comes from an encounter I had on the subway on the way to the show. A guy dressed as Nathan Drake stopped me to chat, turns out he is a random person I met while waiting in line at the first PAX East. We were really bored in that line and I had just bought some new dice so I asked the guys if they wanted to join an impromptu roleplay session. As we had no books I made up a scenario based roughly in the D&D 3.5 world and did a 45 minute session with four random strangers. This person on the subway told me that he remembers that and tells people about it as one of the coolest things he had ever experienced. It was one of the things that made his PAX experience that year and locked him and many of his friends in to the show from that point on.

PAX is not just a group of geeks and nerds gathering to talk about children's hobbies and act weird as some outside folks would lead you to believe. It is a community of strangers who reach out to each other with their common passions and ideals and become family.