Released initially on PC via early Access, Phoenix Point is a strategy game designed by Julian Gollop, creator of the X-Com series, via the studio Snapshot Games, in partnership with Prime Matter. It had a successful launch with many expansions added as the game matured. Now the team has moved the strategy game to consoles, always a tricky process, and delivered the Behemoth Edition which, despite some flaws, is a fantastic addition to the PlayStation and Xbox ecosystems.

Phoenix Point tells the tale of an Earth that has been overrun. A mutating alien menace threatens the last remnants of mankind. Only the Phoenix Project, a secret organization of the greatest minds and bravest soldiers left, can fight back and save the world. The plot has distinct echoes of the original X-Com, Terror from the Deep and of course the new XCOM series but sets itself apart with some fresh dynamic 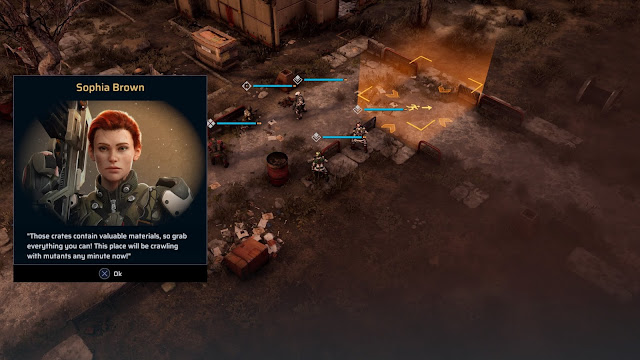 Story wise the game tells a tale typical of these types of experiences, but some nice post mission cutscenes tell a deeper vision of the world and its histories. Previous Phoenix Point leaders, experimental soldiers and independent factions are introduced and add depth top the world. There is nothing revolutionary happening in the Phoenix Point story, but it does spin an enjoyable yarn to

Like the classic series Gollop helped create the main jumpoint for the game is the world map where some Phoenix Point members explore by first activating an old base, then exploring the regions. Exploration is familiar at first to XCOM veterans with tweaks and nuances added such as optional missions, resource gathering and trading with factions discovered along the way. 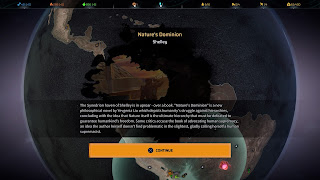 The factions in Phoenix Point are a distinction the game has that pulls in some Civilization style dynamics. The various groups such Disciples of Anu, New Jericho and Synedrion all have their own goals, resources, havens and prejudices. Often helping one faction will hinder relations with another so choosing a partnership path can have strong repercussions.

One of the cool aspects of the factions is that not only can they be traded with and their soldiers recruited their havens can be raided and taken advantage of. This enables a choice of playstyles, are we all together against the aliens or do I use the others resources to get ahead in the interest of greater good? I honestly debated some missions based on how I would be impacting the factions I encountered, it was a nice hook for me in this game.

Typical to this style of game there is also research trees, training mechanics, upgrade schemas, production of assets and base expansion mechanics. At times the systems could be overwhelming but for people like myself weaned on X-Com games I felt a familiarity even when the choices became quite expansive.

The core of the Phoenix Point experience though is the combat which leverages the best aspects of the modern XCOM and adds some neat tweaks of its own. For experienced players the combat sequences start with picking the deployment team and outfitting them with weapons/armor and items.

Once deployed there is generally a few style of mission types varying from kill all enemies or escape the area to capture research data or rescue civilians. There are different archetypes of soldiers from Heavy, assault and Sniper but as the persistent characters level the skills become transferable to have more flexible characters. 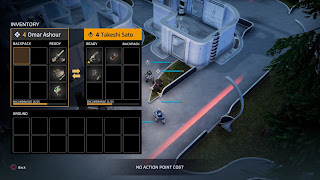 Stats that level up such as strength, speed and willpower add functionality to their skills and movement on the maps but essentially the goal is to position troops well and complete the missions. Cover, high ground and different weapon types make the combat and encounters quite dynamic and generally enjoyable.

Combat is entirely turn based with each side taking their turns as a group. Strategies like Overwatch (reaction shots if enemies are in range), slowly moving forward while covering and high ground are amply used. The combat gets some nuances with vehicles and advanced weapons being deployed over time, but generally it follows the standard turn based path.

A nice touch added to this games mechanics is the ability to pinpoint aim instead of generally shooting. This resembles the V.A.T.S. system from Fallout allowing body parts to be strategically targeted. It was a cool way to slow or disable enemies as I saw fit.

There really is nothing bad to say about the combat mechanics of Phoenix Point, it is a tried and true formally that is executed quite well. In fact I often found myself surprised at how capable the systems are as the game was developed in Unity and by a relatively small team compared to the Firaxis games.

Graphically the game looks fantastic on the PlayStation 5, it is currently a PS4 version but 4k upsampled and at 60fps. There is a free upgrade planned in the future to make the game a native PS5 version, but for now, aside from some too long load times the game looks and plays great. 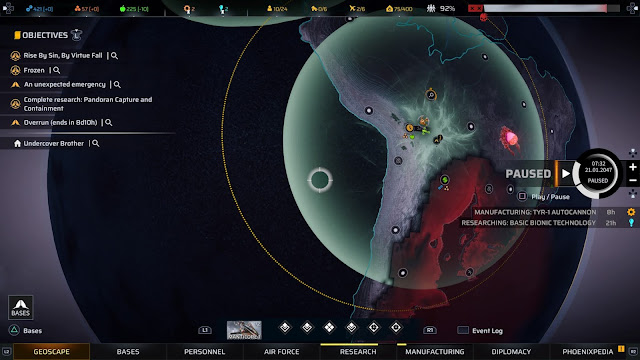 Transitioning a PC focused strategy game to consoles is never an easy task but Snapshot and Prime Matter did a great job pulling the complete experience to a gamepad environment. Having played a ton of this on PC first I was pleasantly surprised how easy the Revamped UI and gamepad controls worked to control the action.

I did experience some issues on console (I had the PS4 version played on my PS5) that caused a little pain, the occasional movement freeze and one total crash. Overall though the game runs great and I am looking forward to the eventual PS5 enhanced version that should make it all the more enjoyable.

The Phoenix Point: Behemoth Edition includes the full game plus four major DLCs (“Blood and Titanium,” “Legacy of the Ancients,” “Festering Skies” and the upcoming “Corrupted Horizons”) as well as quality of life fixes and community driven enhancements. This is the definitive edition of Phoenix Point and comes complete with the console version, it is a deep, enjoyable and compelling game that is well worth checking out thanks to the great mechanics and frankly amazing conversion to console controls.