Skip to main content
on February 12, 2009
I have mentioned that my decision to buy Rock Band 2 was directly impacted by the announcement the Pearl Jam's classic album Ten is coming to the game in March. This was cause for excitement enough, I mean singing/playing Black, Jeremy, Alive or Hells Bells any song from that album is something I am giddy about.

It was recently announced that Best Buy will be having a re-release of the album in March as well and the deluxe edition will have three Rock band tracks included. The re-release will be a re-mixed version that also has demos and live tracks. The Rock Band songs will be live versions of Alive and State of Love and Trust (from the AWESOME Singles soundtrack...one of the best grunge albums EVER) as well as Brother (an outtake from the ten album).

Man, I would have bought the Rock Band album regardless, I would have bought a re-mixed and enhanced disc copy as well, but adding the free Rock Band tracks (that are not duplicates of the albums contents on Rock Band) is just awesome. I will be relieving high school come march when this is released. Now I just need to find some flannel and ripped jeans! 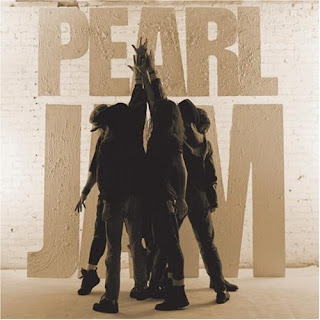