Skip to main content
on August 18, 2009
Do I even need to say the words I am weak anymore? 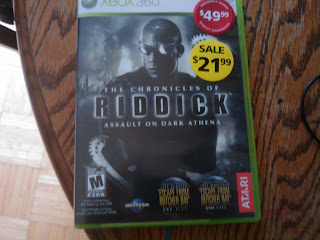 To my defense it was only $21.99, I have never seen it cheaper then $45 before and it is two games in one package. The amazing Xbox game Escape from Butcher Bay enhanced with the new engine created (and it looks very nice) and Assault on Dark Athena. The Riddick games are much better then the sequel to the movie was and really nails the dark gritty aspect of the character. Plus Vin Diesel is dreamy!