Skip to main content
on May 12, 2010
It has been a long time since updating and there have been a lot of changes in my life. I don’t generally delve into my personal life on this blog and I won’t delve deep but some things bear mentioning.

After 12 years at Magma/Primus I have finally left and joined a new company, Telus. This was a huge move for me as I was comfortable, happy and competent in my role as a Sales Engineer at Primus. I joined Telus for a few reasons, challenge, growth and training being the main ones. I have started at Telus and think I will enjoy it, I have a huge amount to learn and have hit the ground running to try and become a key member of the team. I also had to take a dorky picture for my fancy smart card ID. 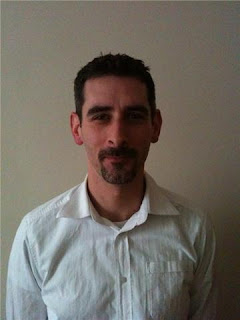 The other major change is that I have my own place for the first time in my life. I will be bringing my boys over from time to time and my girlfriend is over occasionally as well, but I have a home that is mine to control completely and that is a cool feeling. I have the majority of the living space setup (couch arriving in a couple of weeks) and cosmetic/finishing touches will roll out over the next couple of months. My DSL isn’t working (ANGER) but thankfully there is a strong unsecured wireless signal nearby that keeps me from showing Internet withdrawal symptoms.

On the gaming and hobby side there are ups and downs. My Xbox 360 RROD some time ago and I am having it repaired soon, but man does that make me angry. There is no reason that my 360 should have failed so quickly again. I received a new unit after my last RROD less than two years ago, I have friends that are on their 4th or 5th X360 since launch. That is truly shameful and I really hope Microsoft fixes this for any future hardware deployments. 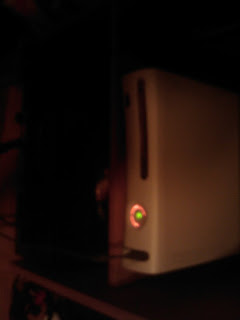 On my trusty launch PS3 (that has never failed…knock on wood) I am digging into the incredibly hard, sometimes frustrating, but completely addicting Demon’s Souls. I think I have a handle on the game now and will hammer through a couple of levels and get a solid character in place to progress through the game with. It is definitely a complex game and I needed to get a feel on how to move through, level and engage in smart combat. The initial dozen or so deaths, in particular the one by the Dragon near the end of 1-1 as I had 3200 souls were anger inducing, but I feel I am stronger for it and will persevere.

Movies and media wise I am reading through a review novel called Never Look Away. It isn’t a bad book, moves quite slowly though and while it is labeled as a thriller it does not have a lot of tension or hooks that make you flip page after page. I am also listening to Sia’s new album (We Are Born) over and over and getting ready to write up a piece on that album (early spoiler, it is great!). I am working through Fringe with my girlfriend and Castle each week as it comes out.