Skip to main content
on January 07, 2011
Microsoft proudly announced at CES that they sold 8 million Kinects, Sony will soon lie about selling (shipping) a bunch more Move units, I just can’t care about either product. Both technologies are great in their own ways but as a launch and a new innovation it is a completely wasted effort.

The big issue with each technology is the installed user base of the consoles themselves. There are 51.2 million Xbox 360’s and 42.6 million PS3’s in homes around the world. This means that if you are developing a big AAA game for either platform you will automatically choose to make it console native (instead of Move or Kinect native). Why would you spend 20, 30 or even 40 million dollars developing a game that only a 6th or less of your installed base can play? The logistics don’t work and it means we will never see a triple A Kinect game, but we might see a Move one. 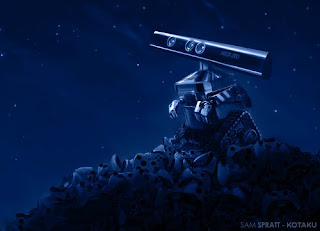 Why the Move? Well Kinect is a unique beast, you generally need to stand, there is no controller and it is pretty hard to transition from a controller based segment to a Kinect based segment in a game without awkwardness and destroying the pace/fun. Move on the other hand has a physical controller, you could easily, as demonstrated by Killzone 3, have a great triple A experience using Move. The development costs to add Move support are minimal as well which makes adding Move functionality quite simple and if it is not used, well it does not harm the game. Kinect games will generally need to be Kinect games only and that will scare some developers away.

The other issue is the install base. These are the people who bought Wii Fit and put it under their bed to collect dust. The Ellen and Oprah segments on the Kinect were great advertising but this is not the Xbox 360’s demographic, these are middle aged women who do not play video games. They will buy it because Oprah said it is the second coming of Christ but then they will never use it. Their kids will want to play Gears of War or Black Ops on the console instead and will never use the Kinect functionality.


The Move on the other hand was miserably promoted and packaged. There was basically no advertising aside from traditional web commercials and sporadic billboards/paper ads. No mass market attention was devoted to this product. Geek culture knew about it, but the ‘Wii Generation’ did not. There is no bundle for someone who already has the camera and if you want to use it with 2-3 players it becomes very expensive very quickly. Without a great brand awareness campaign only the hardcore are buying and that is OK, but not a way to get mass market attention to a product that could integrate with the core console experience a lot better than the Kinect can. 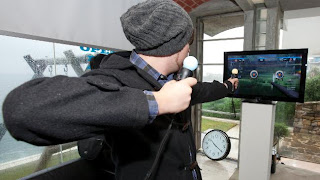 Move and Kinect implementation in the UI of the systems is also suspect. It is cool but more effort to use motion to control your console. The voice aspects are interesting but the UI was modified to use it and not built to which causes some issues with missing commands or a clunky design. I have spoken to people who used the Kinect motion and voice controls to navigate the dashboard and movies and after a few times they stopped. Why would you hold your hand up for a few seconds when you can click a button instead? The PS move is very precise but clunky as a UI tool on the PlayStations XMB dashboard. You need to hold a button and move around with a pointer essentially. Not terribly enjoyable way to browse the XMB when a controller is handy.


Bottom line there will be no Triple A gotta have it games on these platforms exclusively. The Move will have functionality in a lot of large titles, but ground up Kinect and Move games will generally be casual and smaller experience type games which is a shame because both techs have some great features. The better move would have been to wait and integrate these into the PS4 and X720 (or whatever they call it). I understand that the brand awareness now will help this integration a few years when it happens, but the revolution may well stall and die before it’s time. Plus everyone looks like a knob playing them and the Kinect marketing pics are some of the fakest family featured ones I have ever seen. 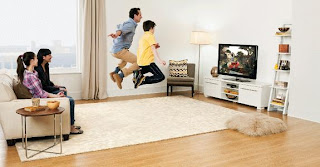