For the last few years I have been joining some good friends over at Team Bombshelter as they participate in the Extra Life 24 hour gaming event.  For those who don't know Extra Life it is a 24 hour gaming marathon run once a year and proceeds are raised to directly support a local Childrens Hospital.  As we are from Ottawa, we choose the great Children's Hospital of Eastern Ontario (CHEO), a fantastic facility that always needs support.

I have not participated as a team member as with my own kids and schedule it is hard to commit for the entire 24 hour period.  I do donate, bring food and join in the festivities and will look to participate a little more directly as a team member next year.

The event is absolutely amazing and the Team truly outdid themselves this year in scale and donations.  This team of dedicated gamers managed to raise far more than double their $2000 goal and is sitting at $4684 and counting (some late donations are trickling in).  It is a great accomplishment and one I was proud to be a part of in my way. 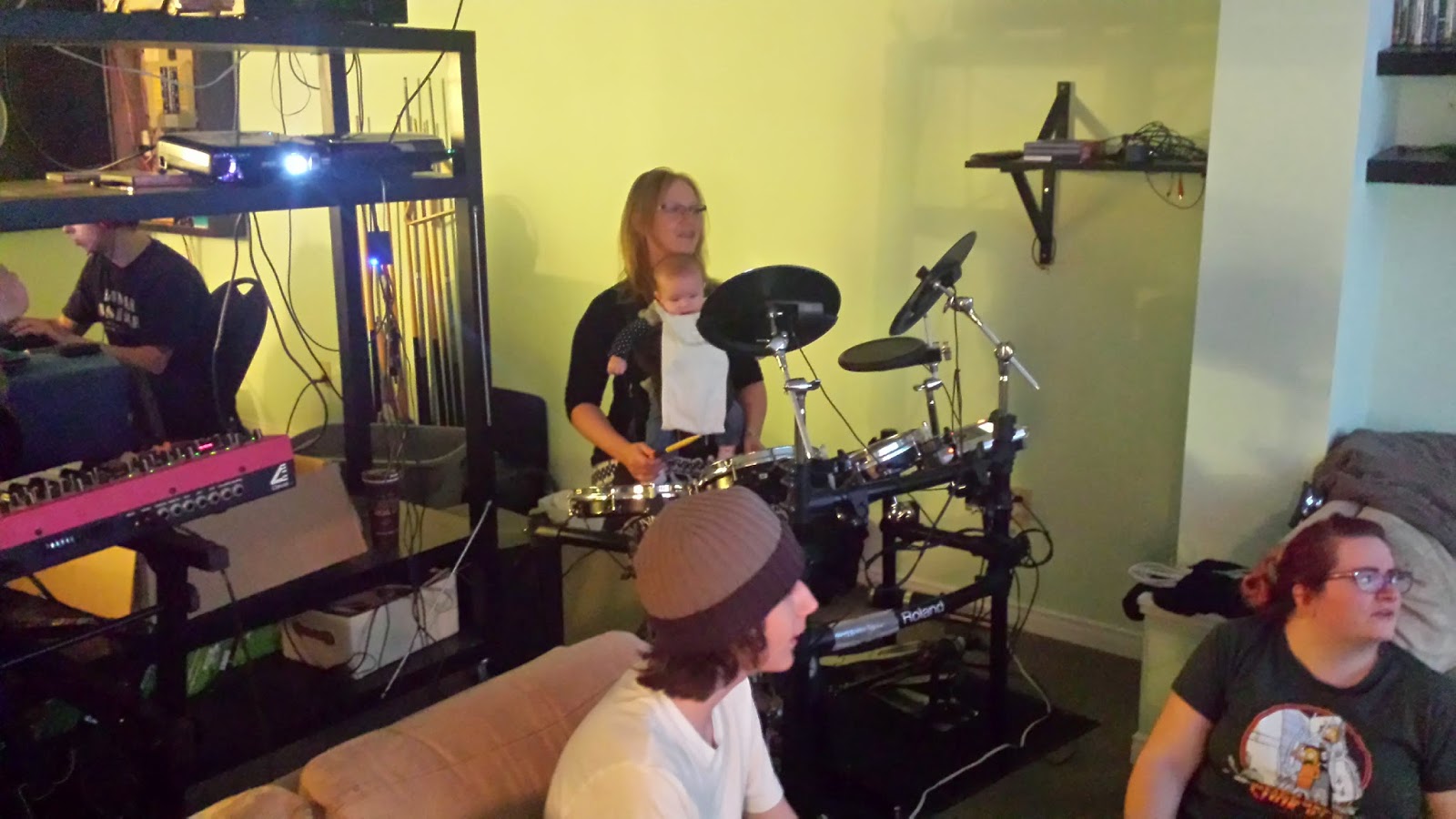 The event is staged at one of the team members house (@boozysmurf on twitter) and it was a doozy this year.  The goal was to have multiple gaming options.  Tabletop in the top floor, console gaming on the main floor and PC gaming/Rockband in the basement.

The Basement is always the epicenter of fun as the truly Epic Rock Band setup is down there along with the PC gamers.  The person who curates the Rock Band environment is a true fan and will never forget this sadly lost genre of band games.  He has a true drum and keyboard setup, 4 mics for harmonizing lyrics and 3-4 guitars.  The game is displayed with a projector on a huge wall (100+ inch screen in essence) and this lets us Rock out to the over 1700 songs he has collected.  Always a crowd pleaser even with my warbling singing voice. 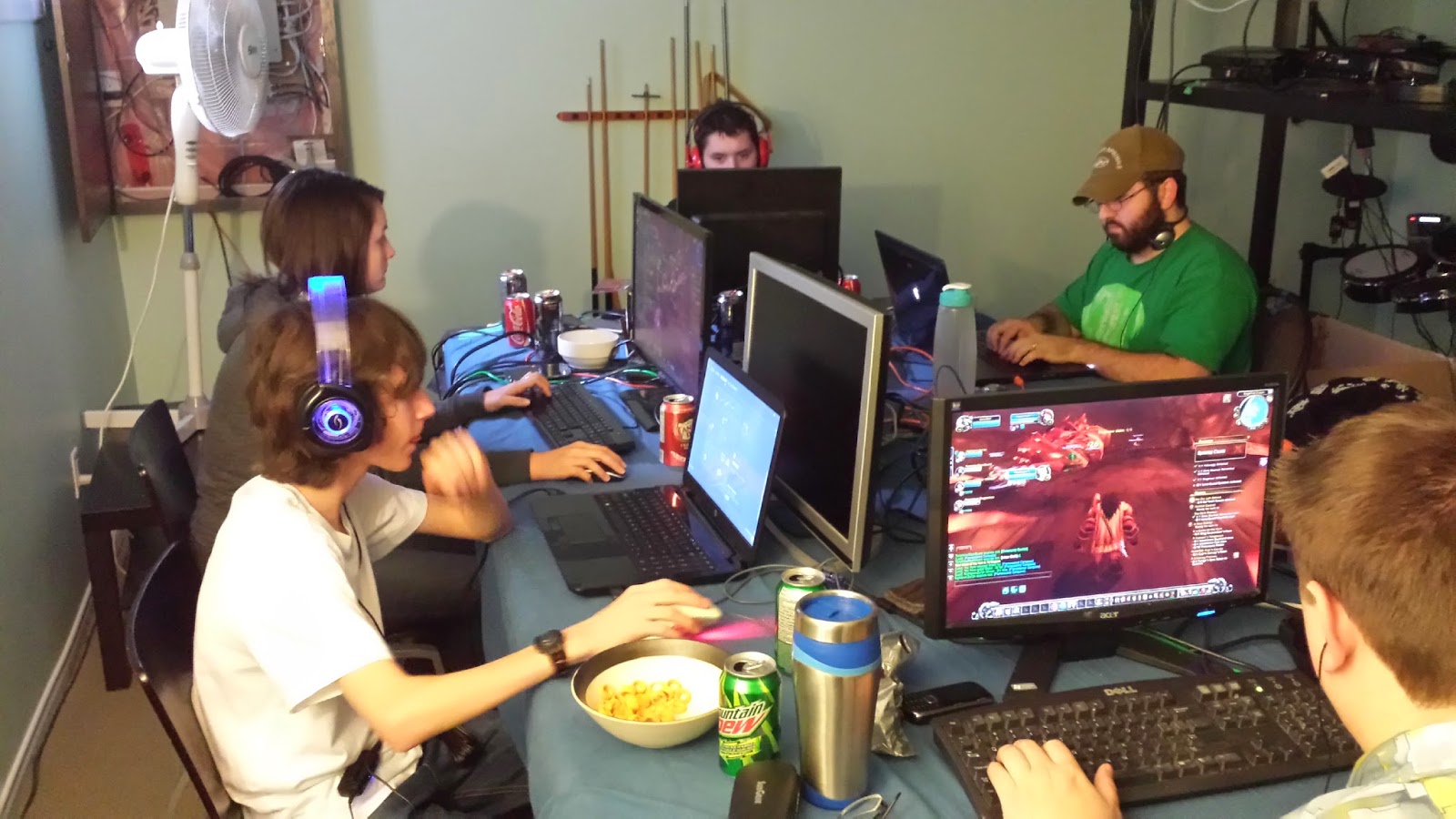 The PC Gamers are also in the basement and bled out to the upper floor as well.  I was banished up there as I arrived late, but it was all good, I was surrounded by good folks and lost myself into the worlds of Middle Earth, Elpis and Alien.

The biggest and most impressive section was the console gaming section, these dedicated and charitable folks brought their consoles and TV's along for the party.  The end result was one room with 5 units setup and the other main room had an astounding 8 units setup!!  This was truly amazing with some folks doing essentially local fireteams in Destiny, others doing co-op Borderlands: The Pre-Sequel and still others playing a truly marathon session of Forza.  The benefit of this environment is that around midnight we had an old school and epic hour or two of Halo 3 local Multiplayer with 9 players.  Great fun at anytime. 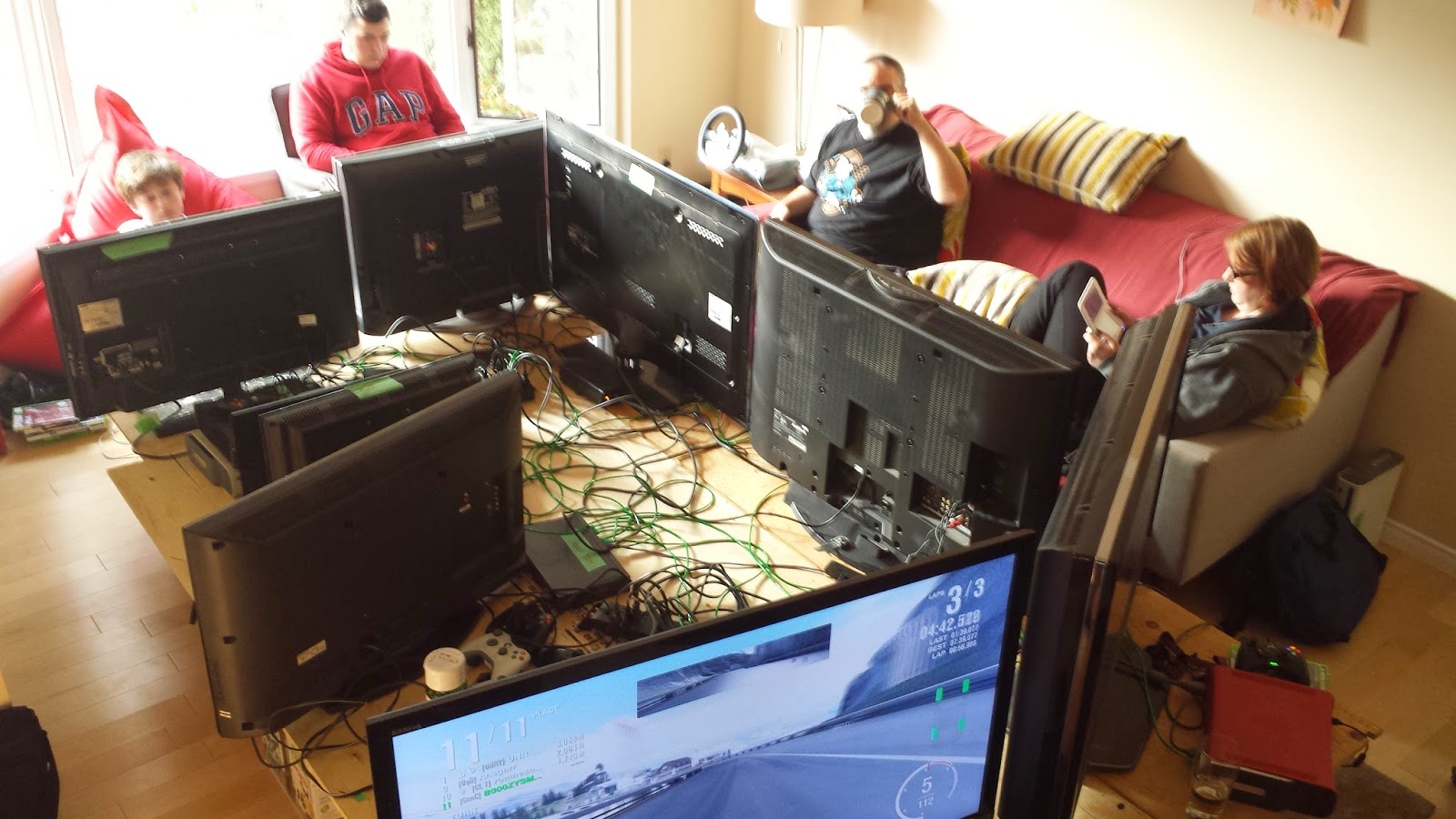 Of course there was tons of food as this acted as a potluck, with meatballs, piri piri chicken, three meat lasagna and dozens of cookies were on offer and consumed.  Add that to the copious amounts of coffee, energy drinks and mountain dew consumed you had a haze of gaming Nirvana.

The best thing about this event is the constant remembrance that this is for the kids, CHEO has touched probably everyones life in Ottawa directly and indirectly and it is a really worthwhile institution.  What amazes me every year is the generosity of the gamers here, everyone is welcome from kids and casual players to the truly hardcore gamers.  We were all there to have fun and support a worthy cause.  We did both and cannot wait to do it again next year.